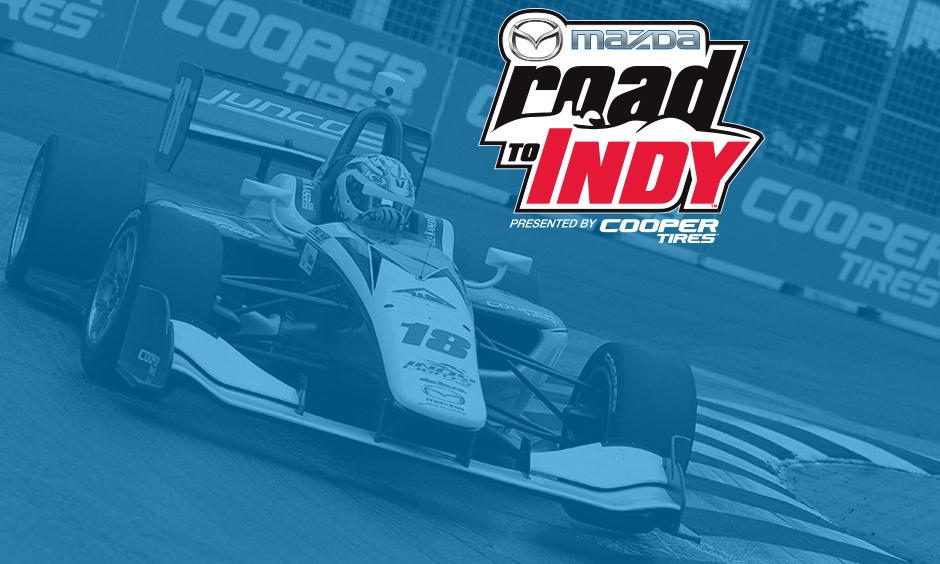 Highlights of the schedule include all three MRTI levels concluding their seasons with doubleheader race weekends at Portland International Raceway on Labor Day weekend, as well as a return to the 0.686-mile Lucas Oil Raceway outside Indianapolis for the two lower-level series on the same race weekend as the 102nd Indianapolis 500 presented by PennGrade Motor Oil.

“We’ve put a lot of thought into our schedule and I am pleased with the balance we have in place to properly train drivers to move up the ladder,” said Dan Andersen, owner and CEO of Andersen Promotions, which operates the Mazda Road to Indy. “We are excited to have Portland on the schedule, which will be a great circuit for our season finales in the three series, and to return to Lucas Oil Raceway on Carb Day for a great night of racing.”

Indy Lights, the top tier of the MRTI ladder, has a 17-race schedule split over 10 weekends on tap – four on temporary street courses, 10 on permanent road courses and three on ovals, including the Freedom 100 at Indianapolis Motor Speedway on May 25.

Pro Mazda debuts its anticipated Tatuus PM-18 chassis next season with a 16-race schedule split over nine weekends. Among the events is the return to Lucas Oil Raceway for an evening race on May 25 following Miller Lite Carb Day activities at Indianapolis Motor Speedway. Pro Mazda will also offer its Pro Mazda Classic series on six of the race weekends for competitors to race the older, rotary-powered cars used from 2002-17.

USF2000, the beginning level of the MRTI ladder, returns with a 14-race schedule filling seven weekends. In addition to also returning to Lucas Oil Raceway on May 25, USF2000 will conduct a tripleheader race weekend at Mid-Ohio Sports Car Course from July 27-29.

All three MRTI oval events in Indianapolis will offer additional points and prize money in 2018.

“The Freedom 100 is obviously the biggest race on our calendar, and to be able to bring Pro Mazda and USF2000 back into the excitement surrounding the Indianapolis 500 was key,” Andersen said. “Increasing both the points awarded and the prize money gives these events the weight they deserve.”

MRTI awards scholarships to the season champion in each category to assist them moving up the stepladder, with the Verizon IndyCar Series as the eventual destination. With the PM-18 being introduced in 2018, all MRTI series will have seen new chassis integrated since 2015.

“The Mazda Road to Indy will take on new life next year with the competition debut of the PM-18,” Andersen said. “This completes the process we began several years ago to provide the best for our competitors with state-of-the-art race cars. We have a great program in place and it’s working. As always, I am looking forward to seeing many of our drivers take their next steps up the ladder, including our recently crowned champions.”