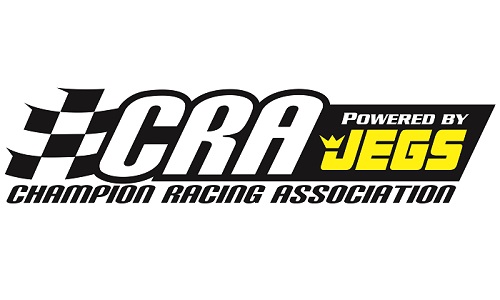 Salem, IN. – The JEGS/CRA All-Stars Tour Presented by Chevrolet Performance will return to action this weekend in the 2019 CRA Fall Brawl Presented by Elwood Antique Mall & Flea Market at the famed Lucas Oil Raceway, located just outside of Indianapolis in Brownsburg, Indiana. The CRA Fall Brawl has become a very popular stock car racing event in central Indiana with each feature winner getting an event signature trophy that includes a pair of boxing gloves.

Sunday’s race will be the third event in the series 2019 Chase for the Championship, which began with the Berlin Raceway event and included the Winchester Speedway event. Dan Leeck was the regular season points Champion and is locked into the final four drivers who will race for the series Championship. Mason Keller is second in series Chase points to Leeck. Mandy Chick is in third place, she is 37 points behind Keller. Trever McCoy is in fourth place, he is 12 points behind Chick. Rookie Tyler MacKenzie is in fifth place, he is 28 points behind McCoy. Current Rookie points leader Jaden Cretacci is in sixth place, 23 points behind MacKenzie. All six series Chase competitors are entered for Sunday’s Fall Brawl event.

If any of the other five Chase drivers wins Sunday’s event, they will be automatically in the Championship four. If none of the five drivers wins, final points will decide who the other three will be to race Leeck for the series 2019 Championship.

Defending event winner Brian Campbell is entered, he now has a total of five Fall Brawl wins to date and looks to add another pair of boxing gloves to his collection. Campbell is the series all-time wins leader with 10, NASCAR driver and 2012 series Champion Daniel Hemric is second with eight wins.

Several drivers will travel several miles to compete with the series on Sunday, including Georgia native Jake Garcia, a winner earlier this year in a Pro Late Model event at Crisp Motorsports Park, Iowa native Sammy Smith, who led several laps of the series event at Anderson Speedway this year, North Carolina native Jessica Dana and Virginia native Howie Disavino III, who will both be making their series debuts Sunday.

The 2019 CRA Fall Brawl gets started on Friday with an open practice, pits open at 4pm, open practice will go from 6 to 9pm.

On Saturday the pit gates will open at 8:30am. The six divisions racing in this year’s Fall Brawl include the Midwest Super Modifieds, the JEGS/CRA All-Stars Tour, the Vores Welding CRA Late Model Sportsman, the I-CAR All-Star Modified Tour, the Van Hoy Oil CRA Street Stocks and the Vores Compact Touring Series powered by Mercer County Electric. Practice starts at 12noon on Saturday for all six divisions, each division will get two rounds of practice. Qualifying for all six divisions begins at 4:15pm.

There will be racing Saturday night including heats and a feature for the Midwest Super Modifieds, plus Vintage Sprint Cars and a Motorcycle Stunt Show. Also, on Saturday there will be a Vendor midway featuring flea market vendors and a swap meet, with racing vendors expected in attendance as well as a huge car show with trophies and door prizes. During Saturday’s racing activities, event promoter Dave Duncan will recognize some important people to Motorsports throughout the Midwest and around the country with a special awards presentation.