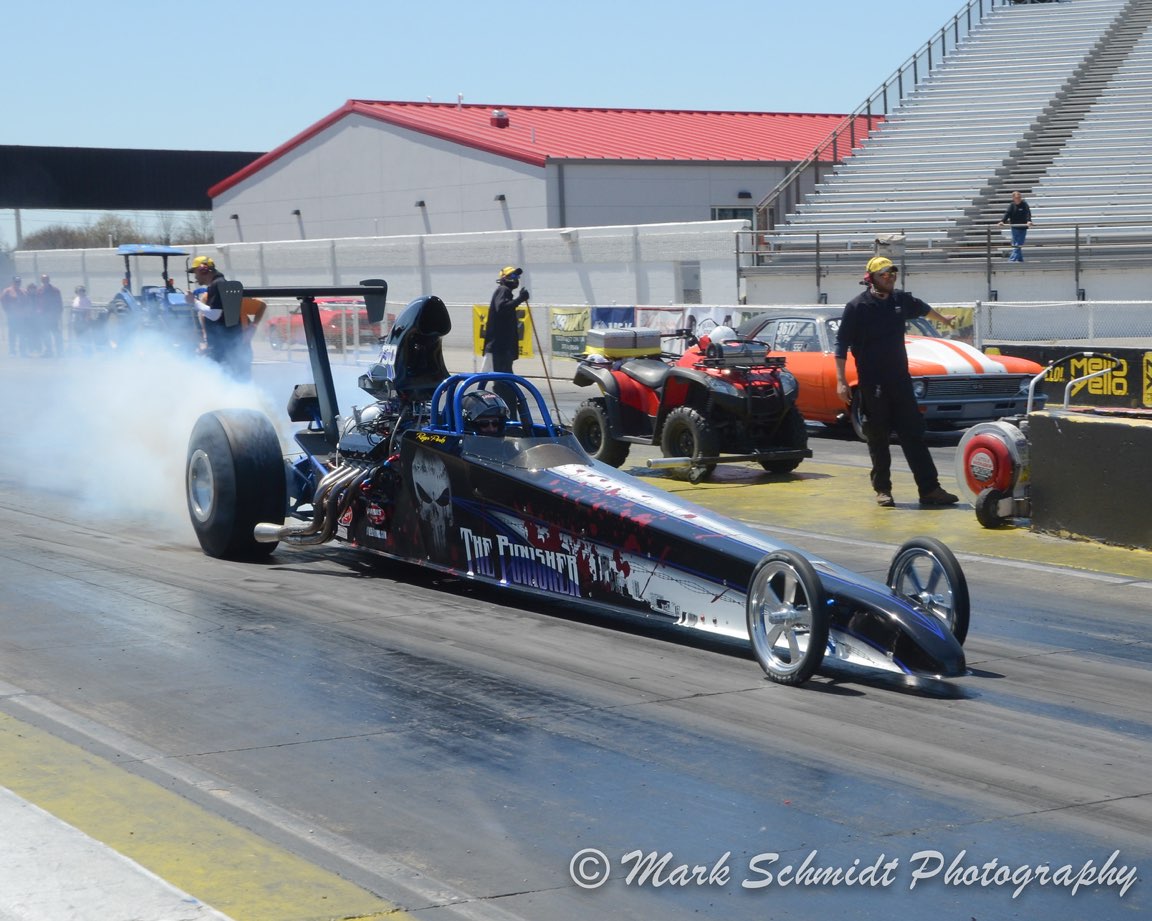 INDIANAPOLIS, Ind.—The racing community is as tight-knit as they come. Racers spend an entire spring, summer, and fall pitted next to each. They travel to the same tracks and race for the same trophies and payouts. Do not be mistaken, the competition is there, or racers would not devote so much to the sport. Take it from Roger Parks who loves the sport and knows the value of its community.

Despite being a long-time veteran of Lucas Oil Raceway for more than three decades, Parks has been noticeably missing from the track for more than a year now. To jump straight to why that is the case would be a true disservice to anyone reading this.

To appropriately tell this story, we must take a few steps back.

“I started racing in 1987 in a 1968 Camaro,” Parks said of his start in drag racing. “It was a streetcar and we had to get used to it. We got beat in the first round every week, but we were learning. It took us about four months to get our first win.”

With a handful of wins in year-two, Parks was hooked. It was time to go faster. He decided on building a Chevrolet LUV truck. It was a regular at the track for a couple of decades, eventually running 9.24 seconds at more than 140 miles-per-hour. It has since been parked, but Parks still has the old truck.

Time for another change, Parks purchased a dragster about 15 years ago.

“A guy had a dragster for-sale and it was turn-key,” Parks said of how he came to own his popular dragster. “We bought it. It was a 225 hardtail. We put my motor in and it was running 5.0 seconds.”

That dragster has become famous at Lucas Oil Raceway because of the Punisher wrap Parks has on the race car. You would be hard-pressed to find a bigger Punisher fan than Parks.

The next part of Parks’ story proves how close the racing community is.

“We didn’t talk about it much, but I always kept it in the back of my mind,” Parks said. “We became better friends the more we were around each other. Then in 2009, he told me he had to have a new kidney. I told him I would get tested.”

There was no hesitation from Parks. Van De Voorde had a few family members that were unable to donate for various reasons, despite their eagerness. Parks turned out to be a perfect match. However, it took four different doctors to give a thumbs up to alleviate all concerns.

A racer donating a kidney to a fellow racer is a compelling story. It illustrates the comradery and friendship on display at each race on the Lucas Oil Raceway schedule and around the Midwest. Unfortunately for Parks, it is not as important as what happened to him on February 26, 2019.

Multiple people recognized that Parks was not well. Just two blocks from a hospital in Lafayette, he was rushed in before being transferred to Indianapolis. Without the assistance of those involved in the accident and at the scene, Roger Parks’ story could be very different.

Physical therapy and rehab followed for the next few months. A weak right leg and an immobile right arm eventually began to regain some strength. At first, Parks had to stay with friends and family, he had to be with another adult. Eventually, he was able to move back home.

He continued to walk and regain strength until that turned in to biking. Every day, the process became easier and easier. Just shy of a year after the stoke, Parks was ready to drive again. He went and took his driving test and passed on his first try.

What does that mean for his drag racing career?

“I sold my dragster and the motor home,” Parks said. “I just got rid of some things. I will probably go back to the LUV truck, but I am just taking my time.”

More than three decades of racing at Lucas Oil Raceway turned into an incredible friendship. That friendship turned into an act of bravery that potentially saved another racers’ life. Now 18 months into his recovery from a stroke, Parks has been forced to temporarily step away from the community he loves.

It is a safe bet that he will be back in a race car. When he is ready, the racing community will welcome him back with open arms.