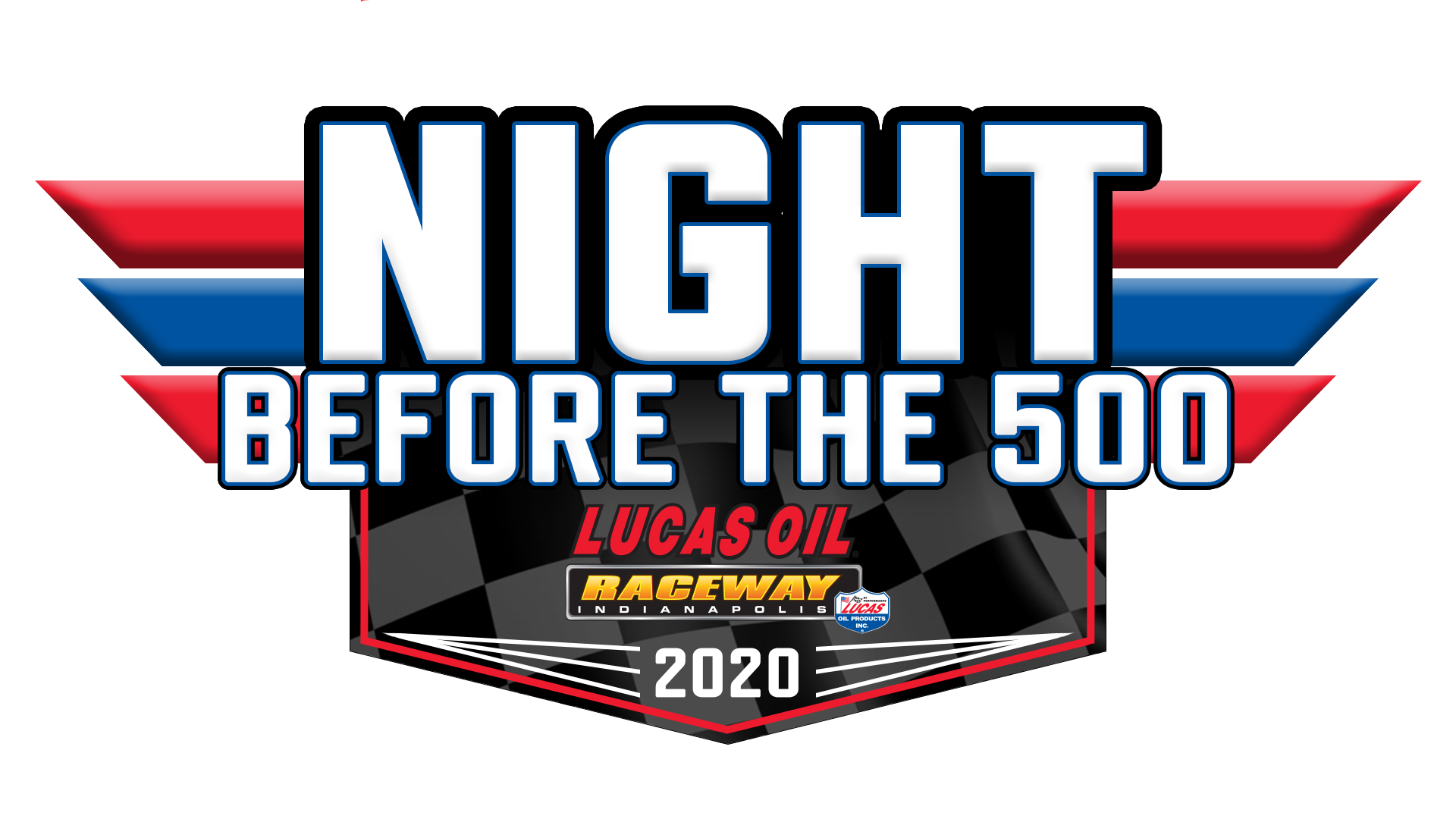 INDIANAPOLIS, Ind.–Lucas Oil Raceway is bringing back a time-honored short-track tradition this August.

Officials from the .686-mile oval confirmed Wednesday that the iconic Night Before the 500 will return to the track’s racing calendar, set for August 22 as a prelude to the 104th Indianapolis 500.

However, unlike its original incarnation – which ran from 1946 to 2014 and featured pavement midgets as the headlining attractions – this summer’s reboot of the Night Before the 500 will be a one-off event featuring non-winged sprint cars.

In a nod to its historic past, the event will still feature midgets on the event card, but as a support division. The midgets will race 20 laps and a $1,000 winner’s share.

After a global COVID-19 pandemic forced the postponement of the Indianapolis 500 from Memorial Day weekend to late August, LOR General Manger Kasey Coler told SPEED SPORT Wednesday that discussions quickly opened with several parties looking for a way to give more racing to the fans.

“For us, this announcement was just a matter of opportunity, in terms of the dates aligned,” Coler explained. “Our focus has been working with Bob (Sargent) and the team on the Track Enterprises side for Carb Night, and we want to continue to build that…as we go into 2021, but this was something we felt we could do to add to the racing that’s already planned around that weekend and the Indianapolis 500 and we look forward to adding another page of history to the legacy of the Night Before the 500.”

“It’s another big race that fans will be able to enjoy around the Greatest Spectacle in racing later this summer, and we hope it brings a lot of action to the table.”

Also, part of the conversation were the proposed plans for the Pay Less Little 500.

The non-winged sprint car crown jewel traditionally runs the night before the Indianapolis 500, and Coler didn’t want to step on the toes of Anderson Speedway – the Little 500’s longstanding home for the more than seven decades – in making plans for the revival of the Night Before the 500.

“When the Indianapolis 500 moved to August, our first call was over to Rick Dawson and Jared Owen, and they have been really great to work with,” Coler noted. “We’d been talking to them about opportunities to be able to work together in the future, and we asked about the potential of the Little 500 being rescheduled for that August 22 date. Rick let me know quickly that was not the plan.”

“After that as we were talking, it morphed into, ‘Hey, would you be open to the opportunity to be able to do pavement sprints? We had been kicking around the idea that in the future there might be an opportunity to be able to bring back pavement midgets and Rick was very keen on that piece of it,” he added. “We certainly recognize that there’s a lot of pavement sprint cars out there and everybody’s trying to figure out what their schedule looks like, but pavement midgets have been formant for quite some time in terms of being on a national scale.”

“We wanted to be able to at least let folks know that this is something we are going to do this year and, hopefully, it can continue to build somehow.”

As far as using the Night Before the 500 name, Coler was quick to note that was an easy decision when taking into consideration the timing of the event and its rich history.

As a midget race, the Night Before the 500 was held at Lucas Oil Raceway 44 times, including 35 straight years between 1980 and 2014. Notable winners of the event include Rich Vogler, Mel Kenyon, Ken Schrader, Jeff Gordon, Doug Kalitta, Ryan Newman, Kasey Kahne, Jason Leffler.

Tracy Hines won the final Night Before the 500 midget classic in 2014, his second score in the event.

“Using the name was something we considered right away,” Coler noted. “I think it would be really tough for us to host an event the night before the 500 at our facility and not use that name, and that’s where Kevin Miller and Levi Jones were really helpful from the USAC side of it, because they have a lot of history and connection to the name.”

“When you talk about bringing a lot of different partners to the table to help make it a reality to be able to utilize everything from the name to the types of cars to different groups out there, we really had to do that in this case.”

A final schedule of events has not been settled on yet for the revamped Night Before the 500, in part because two runs of the Road to Indy ladder system – USF2000 and Indy Pro 2000 – are also scheduled to compete at Lucas Oil Raceway during the Indianapolis 500 weekend.

The track is still using the Carb Night Classic name – which it has branded its May USAC Silver Crown Series event with over the past five years – to refer to the Friday night portion of the weekend, but it remains to be seen just what on-track activity will take place on Friday and what will run on Saturday.

Also of note, the Silver Crown cars race at the Illinois State Fairgrounds in Springfield, Ill., during the day on August 22, making for an interesting set of circumstances if any drivers want to do double duty at Spring and Lucas Oil Raceway.

“Doing this the way we look to do it, we want to get cars practiced and qualified on friday so that drivers who are running the 100-miler at Springfield can go and do that and still get back here to race SAturday night,” Coler said. “That was a big piece of it. We think there’s enough time. We know it’s going to be tight, but the hope is that a driver can hop out of their car at Springfield and be able to make their way here to race the Saturday night feature if they choose to.”

It’s not the true Night Before the 500 and Coler admitted as much, but it’s a variant on the old tradition that he and the Lucas Oil Raceway team feel has the potential to be a hit given current circumstances.

“We did get a lot of people asking us ‘why isn’t it a midget event’ and for us it’s just about where each of these series and classes sit in their current state,” Coler said. “That’s where we decided to go.”

“It’s a little bit different and what I will call a break from the old tradition, but I think it should be a really good show.”