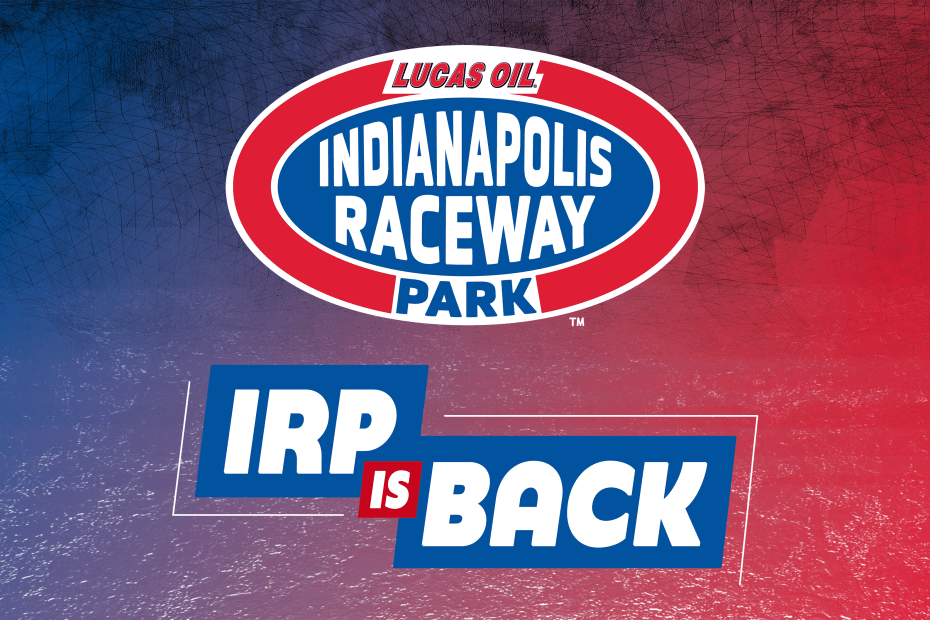 INDIANAPOLIS, IN – In advance of the Performance Racing Industry Trade Show, it was formally announced that Lucas Oil Raceway at Indianapolis would transition to a new name for the 2022 season and beyond: Lucas Oil Indianapolis Raceway Park.

The name change marks a return to the full Indianapolis Raceway Park moniker, used from 1961 to 2005. The track has been named Lucas Oil Raceway at Indianapolis since 2011, and was O’Reilly Raceway Park from 2006 to 2010.

“We are excited to bring back the IRP name with the continued support of our long-time partner Lucas Oil,” said Kasey Coler, Vice President of Track Operations and Management for the NHRA. “We just wrapped up our 60th Anniversary of the facility and the timing couldn’t be better to celebrate a bit of our history with the new moniker.”

Incorporating Lucas Oil into the Indianapolis Raceway Park title continues a partnership with the two parties that began in 2011.  The new name will see continued affiliation with Lucas Oil Products and their support of the property as well as the NHRA at large.

“Everyone at Lucas Oil is excited for the new name change,” said Brandon Bernstein, Director of Partnership Marketing for Lucas Oil. “It brings back the old school oval logo and feeling of the IRP name, with added Lucas Oil of course. We are pleased to be associated with NHRA and the track for many years to come.”

Already on the slate for 2022, Lucas Oil Indianapolis Raceway Park is poised to feature another diverse and exciting schedule of events from the spring to the fall.

To learn more about future events and information at Lucas Oil Indianapolis Raceway Park, you can visit our new web address at RaceIRP.com, as well as our Facebook, Instagram, and Twitter pages – all found at the @RaceIRP handle.